What is a carrier of genetic disease?

Genetic diseases are caused by mutations to one or more genes. Many of these diseases cannot be cured.  There are a number of different categories of genetic disease, but we will be focusing on a type called autosomal recessive (AR) diseases – examples of AR diseases include cystic fibrosis, Tay-Sachs disease and thalassemia. If you would like more background information about genetics and genetic disease before moving forward on this topic, please review my detailed article on the subject:

To give a quick overview, here are the key points relevant to AR diseases:

For diseases caused by a single gene, this method of inheritance can also be explained using percentage probability.Below are the probabilities for both of the above cases:

If either parent is affected by the condition (and therefore has two copies of the mutated gene) then it is advisable to seek medical advice before trying to conceive as the chance of having an unaffected child may be significantly lower.

Carrier screening is a genetic test that aims to identify mutations in your genes, which may cause genetic disease in your offspring. Usually performed on a sample of blood or saliva (containing cheek cells), carrier screening sequences your DNA and uses advanced techniques to identify these mutations.

It’s important to understand that investigating your carrier status of genetic disease is not only relevant to IVF, nor assisted reproduction in general – carrier screening is beneficial to anyone hoping to conceive. Research1, which looked for 6,000 serious pathogenic (disease-causing) mutations, showed that 82% of Caucasians carry at least 1 of these mutations; in the same ethnic group 5% (1 in 20) of couples were both carriers of the same AR disease – this is referred to as the co-carriage rate. This is a key percentage as it directly relates to your risk of having a child with genetic disease.

What testing is available?

Carrier screening tests are available that search your DNA for over 6,000 mutations associated with over 600 serious genetic disorders. Even more expansive testing is available through testing known as whole-exome sequencing and whole-genome sequencing.

There has been significant public interest in genome testing over the past 5 years. In December 2018, Genomics England announced that it had reached the milestone of sequencing 100,000 genomes of people with known serious genetic disease or disease in their families as part of an ongoing project to better understand genetic disease. Early in 2019, the NHS announced that genetic testing would soon be available to the general public – though it will not be free and will require participants to agree for their data to be shared with governmental research bodies. It is not clear exactly what will be offered in this NHS testing, though early reports suggest that it will include some form of carrier screening.

We also hope to soon offer tests across an even larger set of genes, including whole exome sequencing. You will not be required to share your personal medical and genetic date with anyone. More information can be found on our website – if you would like to talk to us about CGT or any other testing, please do get in touch with our specialist team.

Most frequently, carrier screening becomes of interest to couples who are preparing to try for a baby. These couples are aware that there is a risk that, without any signs or symptoms, there is a 1 in 20 chance that they could co-carry a disease that they may pass on to their child. My recommendation to these couples, should they choose to have private carrier screening, is to do a so-called couples’ or matching test.

Couples’ testing involves carrier screening of both would-be parents, followed by collation and analysis of both sets of results to provide a report that gives clear information about the risk of transmitting a serious genetic disease to their child. Given that there is an 82% of a Caucasian individual being a carrier of a pathogenic mutation, for these (82%) of Caucasian couples, a second screening test will be required to check if the other partner also carries the disease. It is far more time and cost effective for these 82% to take a couples’ test rather than two separate tests at different times. Please note that these carrier rates are similar for other ethnic groups.

If you have queries about genetic disease and the options available to you, then you should speak with your clinician. Our specialist team is also available to answer your questions. 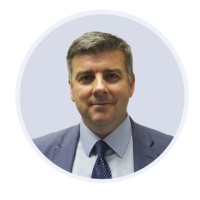