Endometriosis and pregnancy: What effect does it have? Endometriosis and pregnancy are not a good combination.

Analysis of data1 obtained from the medical records of 14,655 women over a period of more than 30 years (between 1981 and 2010) led to the following conclusions:

Endometriosis is associated with a greater risk of miscarriage, in addition to greater development of complications during pregnancy. These risks include a 76% greater chance of spontaneous abortion and an almost three times increased likelihood of an ectopic pregnancy (where the egg implants in the fallopian tubes).

These results, published by a team led by Dr Lucky Saraswat, Consultant Gynecologist and Honorary Senior Lecturer at the University of Aberdeen, explain why endometriosis is considered as a significant fertility problem in women.

The endometrium refers to the tissue that lines the walls of the uterus (womb). Endometriosis – not to be confused with endometritis – is a chronic illness caused by the growth of endometrial tissue in regions beyond the lining of the uterus; for example, in the ovaries or fallopian tubes. This problem is recognised by the Royal College of Obstetricians and Gynaecologists (RCOG)2 as having the potential to prevent pregnancy.

It is estimated that endometriosis affects between 8-10% of women of reproductive age.4

There is no consensus on a single cause of endometriosis, though several theories exist:

There is growing recognition of a number of factors that can increase the likelihood of an endometriosis pathology:

Other experts, such as Dr Pere Barri, head of the multidisciplinary team which treats endometriosis patients at the Instituto Dexeus in Barcelona, suggest that certain environmental factors such as endocrine disruptors (chemicals that interfere with hormone systems), stress or unhealthy living habits can also lead to endometriosis.

Dr Barri believes that the triggers for endometriosis are introduced by modern lifestyles, pointing to the lack of occurrence of endometriosis in developing countries.

How does it affect fertility?

In this regard, we can differentiate between different levels of impact it has and the relationship with the chances of getting pregnant.

Symptoms suffered by people with this pathology are the following:

Painful menstruation. This pain is due to the release of prostaglandins which can lead to sharp contractions of the uterus

Reproductive problems. It is common for endometriosis to be suspected after a long period of unsuccessful attempts to achieve pregnancy

Heavy bleeding at menstruation (menorrhagia) and bleeding in between periods (menometrorrhagia)

It is also possible that other symptoms may be experienced, such as tiredness, diarrhoea, constipation, wind, or nausea, especially during menstruation

If you experience similar symptoms and suspect something may not be right, you should visit your GP/gynaecologist. They will assess the situation through a series of examinations:

Pelvic examination. The doctor will examine the area to look for possible abnormalities such as cysts in the reproductive organs, or scars. It is advisable to undergo this test during menstruation, as this is the time when the symptoms present.

Ultrasound or MRI. A scan is necessary during the diagnosis process.

Laparoscopy. This is a surgical procedure which requires general anaesthetic. The surgeon makes an incision close to the belly button and then inserts a fine instrument called a laparoscope (which gives the operation its name). This instrument is used to look for endometrial tissue outside of the uterus.

Possible treatment of endometriosis and pregnancy

If endometriosis is confirmed, you can choose between medical treatment or surgery.

Medical treatment involves treatment with medications that cause a decrease in the oestrogen in the body, preventing ovulation. These drugs prevent the growth of endometrial tissue and the production of ovarian hormones. Without stimulation by oestrogen, the affected regions will shrink; reducing their impact on your health. There are a number of these hormone treatments available, and the decision of which medication is suitable for you must be overseen by your clinician.

An alternative is surgery, but this is only advisable in cases where endometriosis is debilitating and leads to acute pain, or when the disease is in an advanced stage. The surgeon will surgically destroy or remove the endometriosis, as well as any scar tissue. This returns the reproductive organs to a relatively normal state. It has been observed that, after the operation, the likelihood of pregnancy increases considerably.

The most suitable procedure will depend on each case, as well as any personal circumstances such as age or the desire to have children. 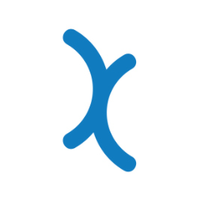 Igenomix UK represents the whole team here in the UK. These posts have been created collaboratively by our specialist team.